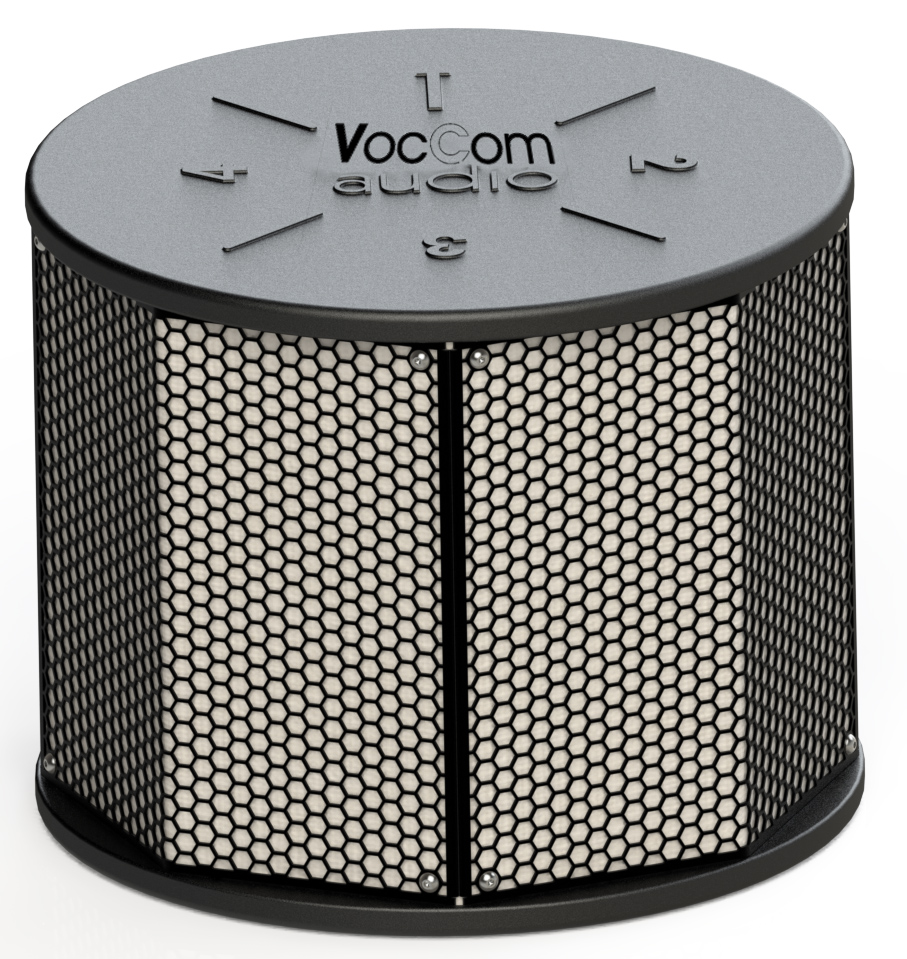 The AD-360-16 is a high-performance loudspeaker system for speech and music transmission over medium distances with a dispersion pattern of 360° × 30°.

The patented passive loudspeaker unit is driven by a controller-amplifier unit. With the AP-1200 amplifier, VocCom Audio provides a device type specially developed for this system.

The unique 4-fold sector circuitry, through which 4 radiation directions can be freely selected, is to be emphasized here.

Compared to conventional pressure chamber loudspeakers, the AD-360-16 impresses with its unobtrusive and natural reproduction over a wide frequency range. This prevents an “aggressive” reproduction and negative perception of the announcements.

The loudspeaker AD-360-16 has been developed for outdoor use even under difficult weather conditions. The housing is made of multilayer polymer plastic and aluminium and can withstand even greater mechanical stress.

A stand mounting adapter with which the speaker can be mounted on vehicle roofs.

The  MP-900 which is part of the system, is an audio central and remote control for the VOCcom systems in the “Single Module Usage Concept”.

The system unit is designed in accordance with protection class IP65 for robust outdoor use (-30° to +70°). Remote control and recorder systems have the functionality of an independent audio system.