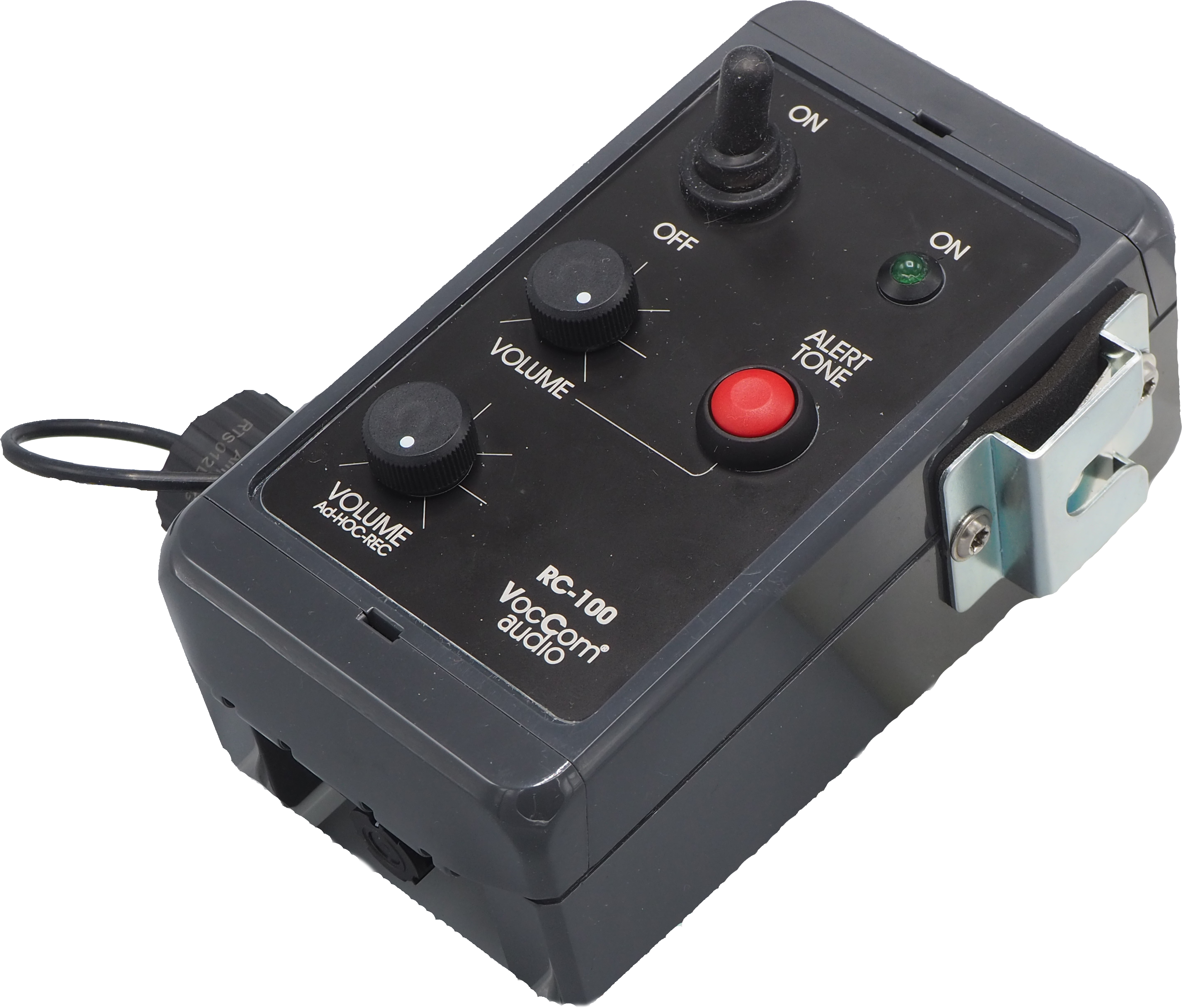 The RC-100 is the third generation of the VocCom Audio 900 series remote control. This unit is rated at IP65 (International Standard “Ingress Protection”) and designed for exterior use.

It has been developed for military applications. The remote control unit enables the built-in players and recorders to function as a completely independent audio recording/replay system. The large contrast rich custom touch screen display visualises all available functions even in poor visibility conditions and at temperatures down to -20°. It can be backlit and switched off entirely and the touch-sensitive keys can be activated by an operator wearing gloves.

The system comprises a mic/line input, volume controlled a siren tone generator. All in and outputs are via robust connectors. The audio output is wired, but can easily be configured with a wireless system.

All controls (push buttons, switches and faders) are recessed to avoid accidental operation or damage and can be operated wearing gloves.

The RC-100 can be securely mounted using threaded inserts,

Integrated within the system are AD-HOC recorder which eliminates feedback through time delayed replay.