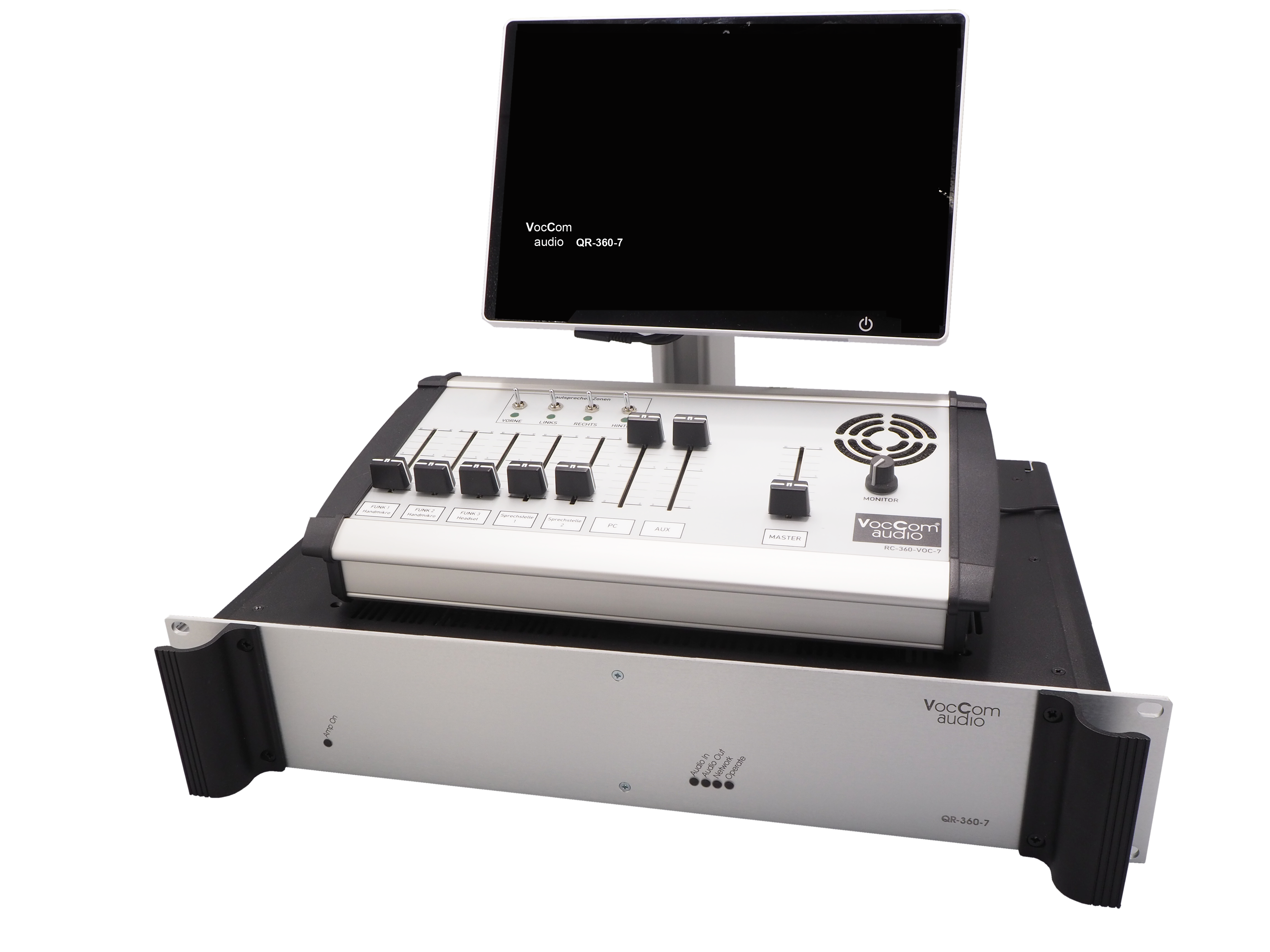 The RC-360-7 analog remote control console controls the QR-360-7 audio digital mixer.
The audio mixer system can be used with the functionality of a fully independent digital audio system. This applies to both use and ease of operation in pure VCA-controlled analog mode via the RC-360-7, as well as extended use with software support via a touch display as a combined analog-digital audio mixer.

The unit is integratable in vehicles due to its robust construction and DC 12-24V supply.