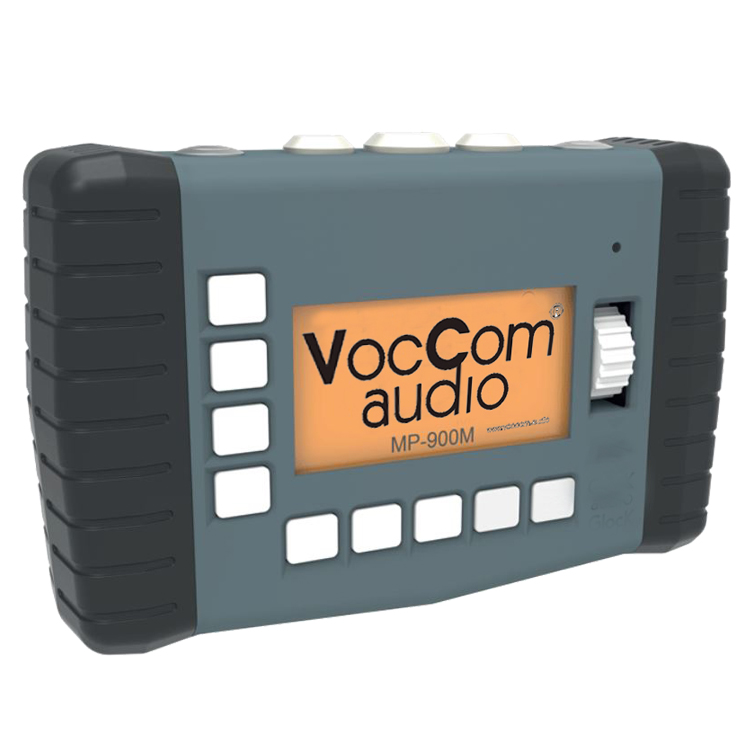 The VOCcom MP-900 represents the first of a whole new generation of audio and remote control VocCom, LSA and 900 series sound systems, based on the “Single Module Utilisation Concept”.

The MP 900 is conceived for exterior use (- 30 to + 70 deg C) and is available in IP 67. It has been developed with multi applications and military use in mind.

The programmable user interface and display can be configured as multi lingual, while providing all the functionality of an autonomous audio system. A large high contrast display shows the functions even in poor visibility, such as in temperatures as low as - 30 deg C. The display light intensity can be adjusted to conserve battery power and the tactile pressure operating control surface can be operated whilst wearing gloves.
Detachable cables and wireless control unit access the AD Hoc Recorder unit, the MP3 recorder / status display with switchable illumination, optimised AP LOCK TM switching, selector control for signal and non-lethal sound generation, mic and line inputs, volume control, on/off switch and internal or external battery recharging – DC / “Internal Rechargeable”